Guide to Solar Panels in Connecticut in 2022

Learn how solar in Connecticut works and get a free instant estimate on residential solar panels for as low as $85 per month.1
Get a Free Quote Now 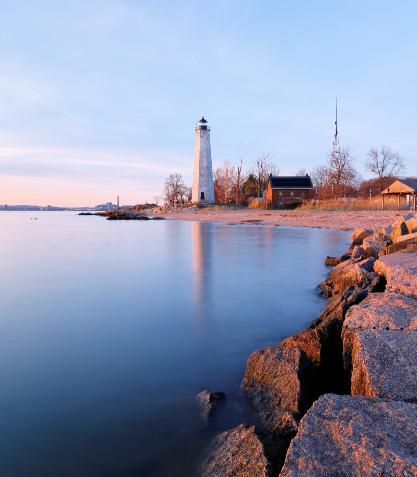 How Much Do Solar Panels in Connecticut Cost?

Connecticut has the 5th highest residential electric rates in the country. So, the more you pay for electricity, the more you can save with solar panels.

The exact cost and savings of your system may vary depending on several factors, including:

With Palmetto, the cost of solar panels in Connecticut starts at $85 per month for a loan.1

4 Reasons Why It’s Worth Going Solar in Connecticut

Add battery storage to your solar system and rely on clean energy if and when outages roll through.

The sun is relentlessly shining energy upon us. Solar panels take advantage of this by providing you with consistent, reliable power.

Unlike fossil fuels, solar energy is both clean and renewable—a better solution for your home, your community, and the environment.

Planning to sell? Solar-powered homes have been shown to stand out, earn more, and sell faster in the national real estate market.

Learn How Solar Works in Connecticut

The majority of Connecticut residents receive electricity from the state’s two investor-owned utilities: Eversource Energy and Unitil. These utility companies are required by state regulations to offer 1-to-1 net metering credits. This means the credit for excess electricity your PV system generates and sends to the electric grid is the same value the utility charges you for electricity. Municipal utilities and electric cooperatives create their own policies and may not offer the same net metering value.

Due to storms and new incentive programs, many Connecticut residents are considering battery storage along with their solar systems to provide emergency backup power during grid outages. Solar systems paired with storage power the home’s critical needs during the day and any excess electricity will be stored in the battery for use at night.

Based on our data, the average Palmetto homeowner in Connecticut is estimated to save $48,313 over 25 years.2 See how much you can save by going solar with Palmetto.
Calculate Your SavingsLearn more

Palmetto helps homeowners across the U.S. save money on their electricity bill by going solar

Excellent customer service and communication. Highly recommend them. Even the day of the install, I got phone calls and texts to verify availability and just check-in. It was a wonderful experience.
S. L.
Since installing it I have gotten almost $8000 back from the federal government in tax rebate, several hundred dollars from my local utility--a benefit that lasts for ten years--and I have paid absolutely nothing to my utility--and I currently have a credit of over $200, that should get me thru the beginning of winter when solar production is down. My bill has gone from over $2500 per year to zero
Karl G.
We love our solar panels and the savings we see each month on our electric bill. This company is so easy to work with … no paper work and phone calls for permits. They take of everything!!!!
Debra H.